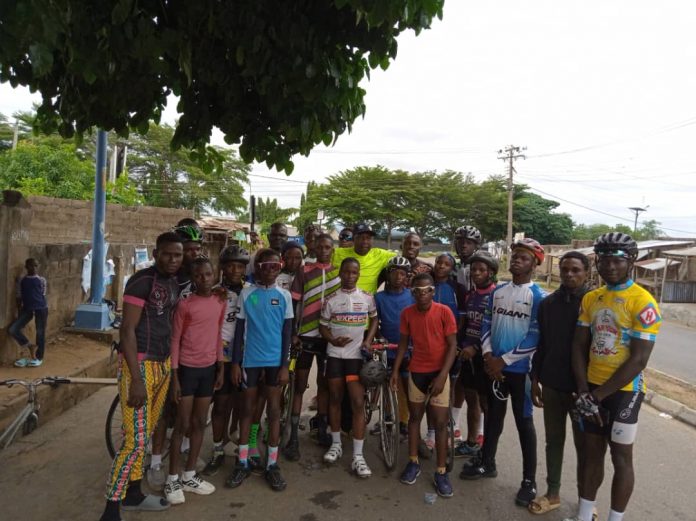 The monthly cycling race usually organised by Kwara State Cycling Association has been described as a platform where athletes can hone their skills toward maximising their potentials.

Speaking to Sportspro News correspondent at the venue of the month of July race which held on Sunday, one of the active member of the association,Raji Adegbite Mikhail stated that the monthly excercise was aimed at encouraging the athletes,test thier abilities and prepare them for future competitions.

Adegbite, who revealed that the association is planning to host a National competition in no distant time as he recalled how the Kwara state cyclists had made exploits in competitions in Lagos and Oyo States recently

Cycling Coach in the State, Lukman lawal noted that the excercise will help the cyclist to be in top shape and also strengthen their level of fitness.

The criterion race which involved the senior and junior categories held at Admiral Villa road in Ilorin to the delight of passers-by and cycling enthusiasts.

However, the 30 kilometer race for the senior category had produced Muhammed Issah as the first position while Afolabi Abbas and Ahmed Abdulrasheed ayobami clinched second and third respectively.

Muhammed Idris led the pack in the 15 kilometer race for the junior boys as Abdulsalam Mahmud and Gbenga Ayo both hooked the spots behind him.

Meanwhie, the CEO and Publisher of Sportspro News, Bayour Issah commended the cycling association for the initiative which he said will help the athletes to be more productive and purposeful.