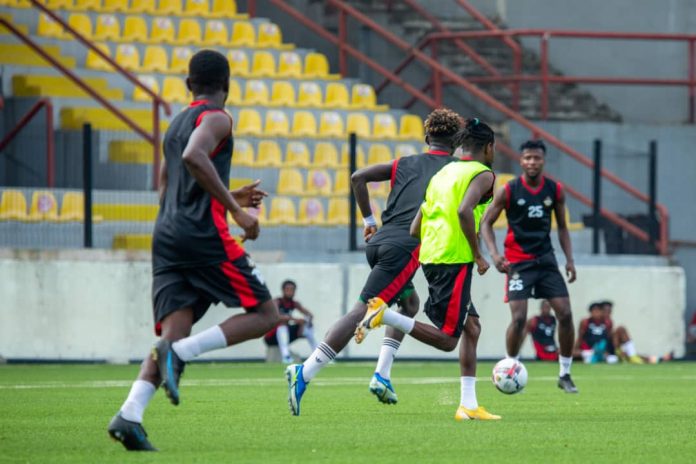 Kwara United FC will tomorrow, at the Mobolaji Johnson Arena in Lagos, commence yet another journey in the Africa inter-club competition, the 2022/2023 TotalEnergies CAFCC championship, with the first leg, First Round encounter, against AS Douanes of Niger Republic.

The match has been scheduled to begin by 3.00pm.

Kwara United FC had earlier participated in the CAF organized competitions in 1999/2000 and 2006/2007 seasons, ending the first campaign in the quarter-final, and the second journey in the Group Stage.

And the Head Coach, Abdulazeez Mohammed believes the team is fully prepared to make the difference, even as he charged the players to make the preparations count from Sunday.

“We are fully prepared for this, having gone through series of trainings, and I will only want to charge my players to make the sacrifice count against AS Douanes tomorrow.

Club Chairman, Kumbi Titiloye, while analysing the team’s preparations after the last training ahead of the match, commended Kwara State Governor, Mallam AbdulRahman AbdulRazaq for his support to the team.

The return leg match will hold at the Général Seyni Kountché Stadion or Stade Municipal de Niamey, Niamey, Niger, the home grounds of the team, on Sunday September 18th, 2022.

The winner, over the two legs will play Moroccan side, Berkane, who are the current holders of the Confederation Cup title.

AS Douanes is a Nigerien Football Club based in Niamey and sponsored by the Government Taxation Fund.

They have won Nigerien League once, and last season, the club placed second in the League behind Nigelec. They picked 50 points and finished seven points behind the champions.