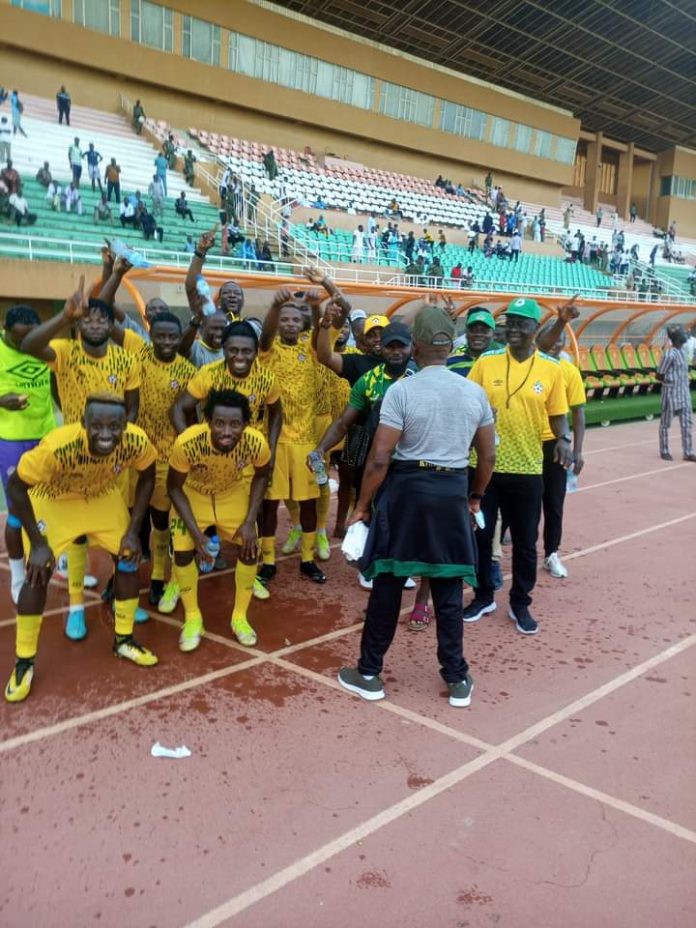 The Ilorin warlords Kwara United FC have advanced to the next round of CAF Confederation Cup in. Niger Republic.

Despite the blood sprinkling antics and pressure from the Nigeriens ahead of the second leg tie in Niamey, the Harmony Boys didn’t blink as they showed doggedness and resilience to progress to the next round of the CAF Confederations cup as they held their host to a goalless draw on Sunday evening.

Kwara United won the first leg at the Mobolaji Johnson Arena Stadium in Lagos 3-0 courtesy of a brace from Wasiu Jimoh and a goal from Paul Samson which gave them a huge advantage going into the second leg.

Just some hours to kickoff of the second leg at the Stade General Senyi Kountche Stadium, Niamey, some Douanes fans were seen sprinkling blood on the body of Kwara United, a gesture alleged to be a sacrifice to ensure them secure victory but failed gallantly as it ended 0-0 at fulltime.

Kwara United will next take on defending champions RSB Berkane of Morocco.