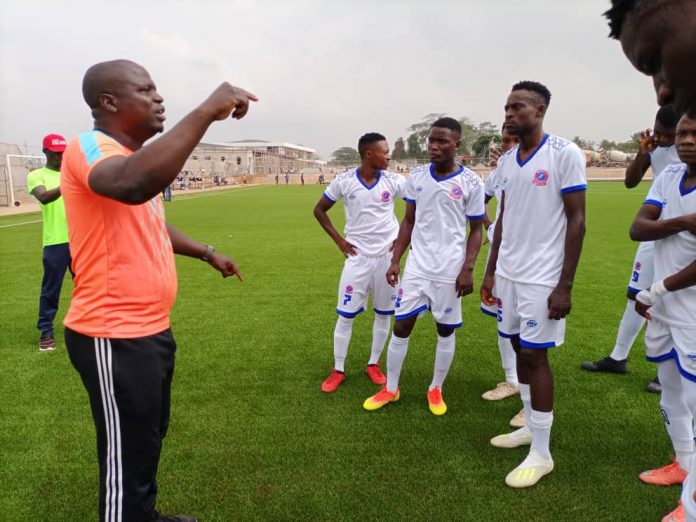 Coach Yusuf Farouk has revealed that his Magate FC side has no special plans for Destiny FC, as both teams lock horns in the sixth fixture of the Nationwide League One (NLO) Division One season on Saturday at the Remo Stars Stadium in Ikenne.

Farouk in a pre-match chat after his team’s last training session on Friday evening said:
“No special plans for Destiny FC, rather I have told my players to go into game to show character and play them with the same zeal they exhibited against Zenith Emperor.

“You recall that Zenith Emperor were tagged one of the favourite in the group, so getting three points from them was a thing of excitement for me and my lads but it didn’t come easy.

“The victory meant a lot to the team as it was the right tonic we needed going forward.

“Destiny FC are a tough team no doubt but my team has all it takes to checkmate them on field of play.”

In the last game against Zenith Emperor, the trio of Akinropo Akeem, Adeolu Adelakun and Adekunle Adedimeji were on the goals scorer’s sheet as they scored their first goal of the season.

Zenith Emperor got an early penalty owning to an hand ball in the box but was missed by Okunola Lekan.

On the dot if 12th minute, Magate’s Akeem then punished Zenith Emperor for their penalty miss, slotting the ball into the net from a rebound save by goalkeeper Yusuf Rasheed.

Seven minutes later Adelakun took advantage of a lose ball as doubled the lead with an easy chip over the onrushing Zenith Emperor’s goalie inside the box.

In the 31st minutes, Lekan pulled one back for Zenith scoring his fifth goal of the season after he deflected low drive beat Destiny who was in goal for Magate.

In the 52nd minute Adedimeji put the icing on the cake for Magate as he scored to make it 3-1.