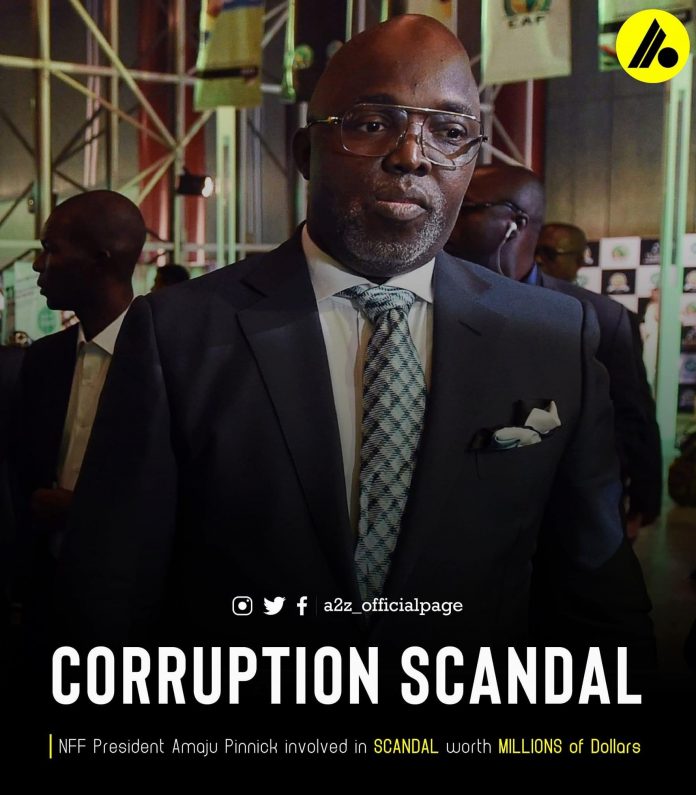 By A2Z Via [Inside Glasshouse]

The President of Nigeria Football Federation (NFF) AMAJU PINNICK has got down in trouble after investigation revealed himself and other top officials could potentially spend quite some time in jail.

According to reports quite a number of top officials in the NFF are ready to let go of their houses and other landed properties as well as cash running into many Millions of Dollars in a plea bargain to escape corruption trial.

It is believed that the income of these officials was not proportional to the salary structure in place.

Pinnick’s house in Lagos has been seized as well as the houses of other top executive.

Over Twenty Five Billion has gone missing from the NFF account over the last seven years of Pinnick’s administration which is unaccounted for.

Bank accounts of five officials have been frozen with more potentially becoming frozen over the next months.

Several top officials have gone to solicit for help from Nigerian top politicians and local leaders in an attempt to foil the investigations of the ICPC. The Sultan of Sokoto, Obi of Onitsha, Oni of Ife, the Olu of Warri are some of the prominent leaders visited by these officials.