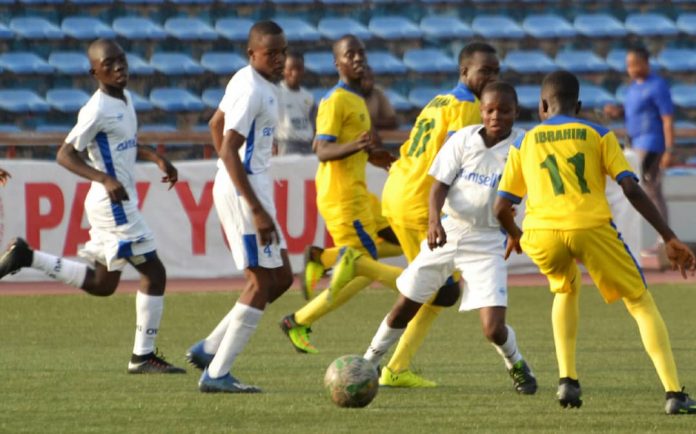 Heartland and Warri Wolves qualified for the 2021 NPFL/La Liga U15 Promises quarter finals on Tuesday.

They have joined Kano Pillars and Akwa United in the last eight.

Heartland sealed their passage to the round eight thanks to Chikwere Chigaemezu’s 12th minute winner against defending champions Katsina United.

Ahmed Umaru and Mubarak Ibrahim bagged a brace each for Adamawa. Gaddafi Magaji was also on target.

The victory leaves Adamawa United with three points from two games and they face Kastina United in the final group match.

The match between Warri Wolves and MFM FC was billed an epic contest. It ended 1-0 in favour of Wolves, and the Young Seasiders can now celebrate a quarterfinal ticket.