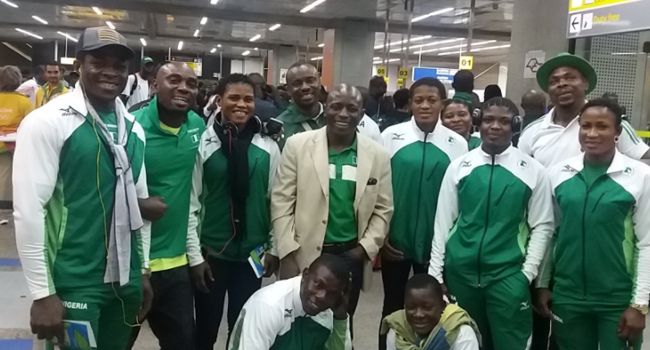 President of the Nigeria Wrestling Federation (NWF) Hon. Daniel Igali has restated his resolve to ensure the country’s wrestlers get ‘adequate’ preparation ahead of the forth-coming Olympic Qualifiers and African Championships both in El Jadida, Morocco.

The Africa/Oceania Tokyo 2020 Olympic qualifying tournament is billed for 2nd to 4th April, and it will be closely followed by the 2021 African Championships at the same venue from 6th to 11th April, 2021.

In preparation for both tournaments, the NWF boss disclosed that a 3-week intensive camping will commence in Yenagoa, the Bayelsa State capital on 6th March.

During the camping exercise in Yenagoa, the World and Olympic champion hinted that there would be a mini-tournament to put the wrestlers in tip-top shape before their departure to Morocco.

“As we’ve maintained, we will ensure that our athletes are adequately prepared for the Olympic qualifying tournament and also the African Championships, which follows right after,” the Bayelsa State Commissioner for Youth and Sports said.

“We’ll as a result, be calling our athletes to camp on the 6th of March to the 30th of March. So, we intend to have a good three weeks of camping, with possibly a match set up in the second week of camp.

“So, we’ll bring in about two training partners (per athlete) or the two second and third athletes from different states and have a mini-wrestling competition in the camp to ensure that every athlete has between five and six matches over a two-day period to get them slightly have their heads turned around in a competition mood.”

At the Olympic qualifying tournament in El Jadida, Team Nigeria will be hoping to pick no fewer than seven tickets to the delayed Tokyo 2020 Games in Japan, which will run from 23rd July to 8th August.

At the moment, former world number one and back-to-back Commonwealth champion Odunayo Adekuoroye (57kg) is the only Nigerian wrestler to have qualified for the Tokyo Games.

At the 2016 Olympic Games in Rio, Team Nigeria was represented by 7 wrestlers.