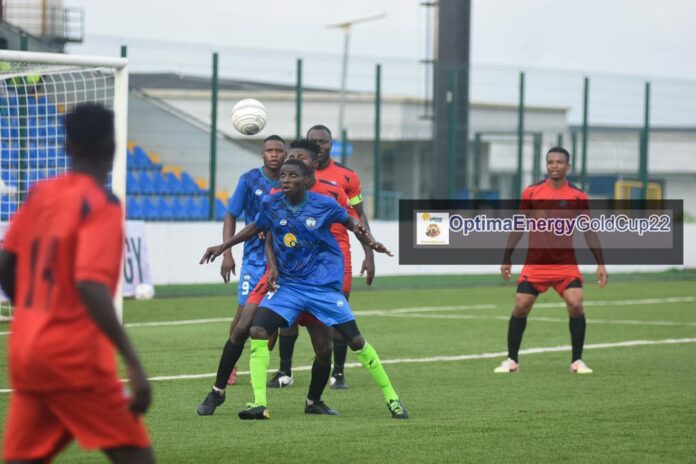 Niger Tornadoes could become the first team to seal a spot in the semi-final of the Optima Energy Gold Cup 10th edition after they piped Hammola in their second game of the preseason tournament in Ikenne.

The win saw the Ikon Allah boys go top of Group A with 6points from two matches.

Hammola who were making their debut in the nation’s prestigious preseason tourney for teams in the domestics league, gave a good account of themselves as they could have secured a point from the game but were left to rue the late penalty miss.

It was a keenly contested first half as both teams matched themselves for size and play, even though the goal didn’t come.

Tornadoes, in the second half showed that they were an elite side and took the game to Hammola.

Their effort paid off, as Amuda Sheriff got the goal in the 48th minute with Samuel Oduola providing the assist.

With the game nearing three minutes to end, Hammola were awarded a penalty after Habeeb was fouled in the Tornadoes box.

Habeeb, who took the spot kick will rue his as his effort wasn’t good enough to earn his team a point.