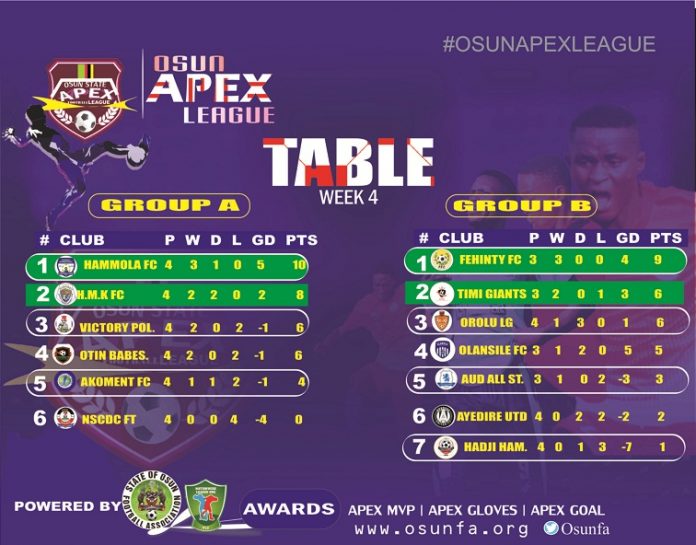 Olansile FC returns after a week out due to (bye) on week four fixtures. Omo Mummy Boys will hope to continue its fine form after mauling Hadji Hammed in their last fixture.

AUD All Stars will hope to feed on Olansile’s scalp when they clash at the mainbowl of Osogbo Township Stadium. AUD were battered at home last weekend by Timi Giants all the way from Ede.

Akoment and Victory Police are also rearing to go after a setback in week four.
However, Fehinty FC and Hammola FC are maintaining their fine form, topping their respective groups, both are yet to taste defeat in the league.

Meanwhile, Os NSCDC and Hadji Hammed are without victory same with Ayedire Utd. They will be hoping to redeem their respective images.

Olansile FC Vs AUD AS 3pm