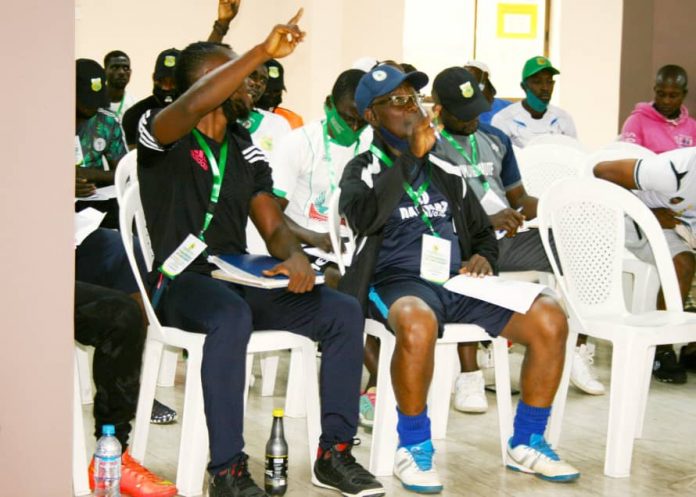 Participants at the ongoing E diploma course of Football Coaches Association of Africa Nations FCAAN have commended the coaching education body on its standard doled out to them at the E diploma course ongoing at the center of Excellence, Lagos State.

According to some of the coaches who spoke to FCAAN media after about 15 hours of drill in some courses scheduled to make sure the participants are better and well equipped with knowledge that will distinguish them amongst others commended the simplicity at which the instructors delivered their various handlings.

Coach Olayinka Head Coach of Lagos State Female team and popularly known as Omoh said she will definitely return for the higher grade Diploma course. ” I grabbed the teachings with ease because the instructors simplify everything. I must return for the next stage “

Furthermore, another grassroots coach, Coach Abiola Olawale AKA English, the General Secretary of Women Accredited football association WAFA in his own words said the instructors are really good, “I am enjoying myself. He suggested FCAAN to all Nigerian coaches irrespective of their status.”

Coach Ajoke Anthony from Badagry, “Waiting for awesome great, I was thought what I don’t know, I am a better coach now, I will go back to my team and impact real knowledge “

While one of the seven coaches taking part in the course Adekoya James FCAAN course is different with distinction, the interactive section is great FCAAN is the best.

The final moment will be for Wednesday where the coaches will enjoy another 5 hours of an impactful moment with FCAAN instructors before the brief Closing Ceremony expected to be graced by the high and the mighty from Lagos football circle and captains of industries.