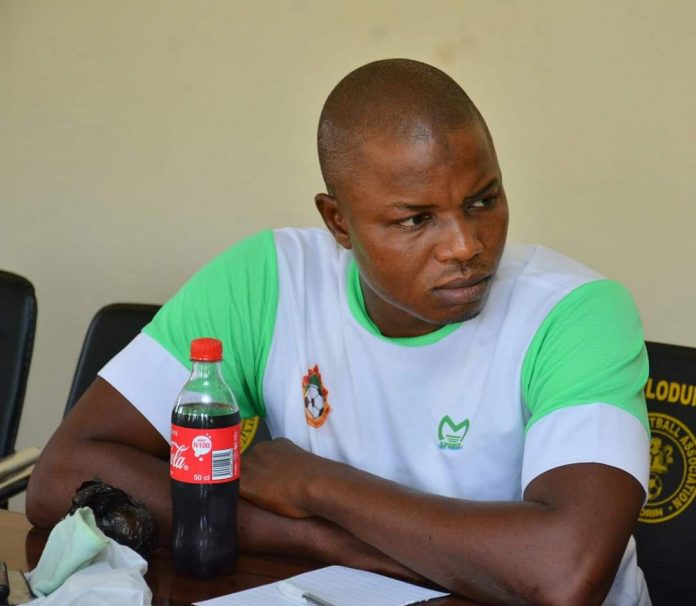 The chairman of the Kwara United Fans Club Oluwatoyin Oniye has urged the fans to stay at home tomorrow ahead of Kwara United NPFL clash with Akwa United.

This was stated in an exclusive interview done by Abdul Momoh immediately after the security meeting held at the Sport complex in Ilorin.

The chairman pleaded with the fans to stay at home according to Presidential Trust Fund and LMC COVID19 protocol and also assist the team with prayers and love for them to win convincingly tomorrow.

“According to the meeting, we don’t want any spectator to watch the match based on Presidential Trust Fund and LMC COVID19 protocol and also because of security issue because if anybody enters, LMC will sanction Kwara United with either ban from Ilorin to a far State or fine us with huge amount of money.”

“I want to use the medium to plead with our ever reliable swan members to continue their excellent records of good stories and write ups because the fans and football loving kwarans always bank our trusted journalists in period like this for match reports and other details.”

Based on the widely published Akwa United FC coach’s (Kenedy Boboye) statement on his mission to beat Kwara United in Ilorin, the fans chairman has move to squash the Akwa united tactician comments, saying football is played on the pitch and not with mouth as he assured the fans that Kwara United will win with three unreplied goals, three points come tomorrow when they face Akwa United.

Kwara United went to far away Jos to pick the maximum three points against Plateau United during matchday one of the NPFL 2021 campaign and hope to do the same tomorrow to Akwa United.