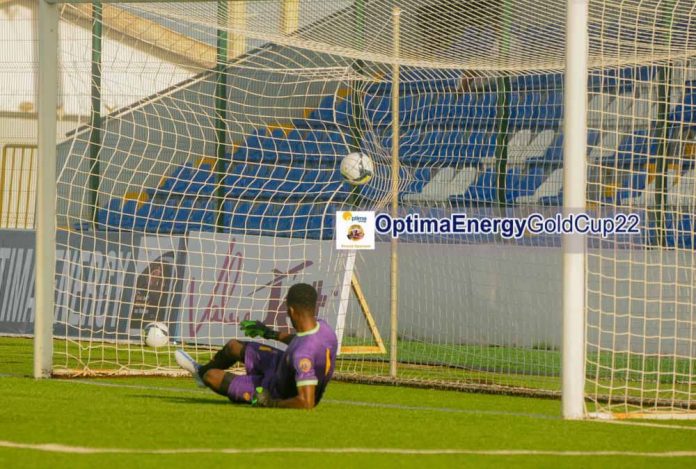 A record more than half-century goals were scored by the 10 teams taking part in the 10th edition of the Optima Energy Gold Cup held at the Remo Stars Stadium, Ikenne and FC Ebedei in Sagamu.

With the group, phase matches concluded on Monday and semi-finals billed for Wednesday and Thursday, 2021 champion Remo Stars and runner-up Shooting Stars were the top scoring sides having bagged nine (9) goals each, as Shooting Stars attacking midfielder Joshua Akpan and his rival in Remo Stars Samuel Anakwe are leading the goal chart with four (4) goals each.

Group A, tagged ‘Group of Death’ lived up to the hype as 27 and two own-goals were recorded.

Remo Stars got two big wins against Gateway United and Hammola whom they defeated 4-2 respectively.

Sunshine Stars who were the second team to qualify behind Remo Stars from the group to the semifinals, scored seven (7) goals with their biggest win against Gateway United.

In Group B 23 goals and an own-goal to make it 24 goals were scored. The Oluyole Warriors were the most attacking side with nine (9) goals followed by rookies FC Ebedei and Beyond Limits with four (4) goals each.

Both Gombe United and semi-final bound Sporting Lagos got three (3) goals each.