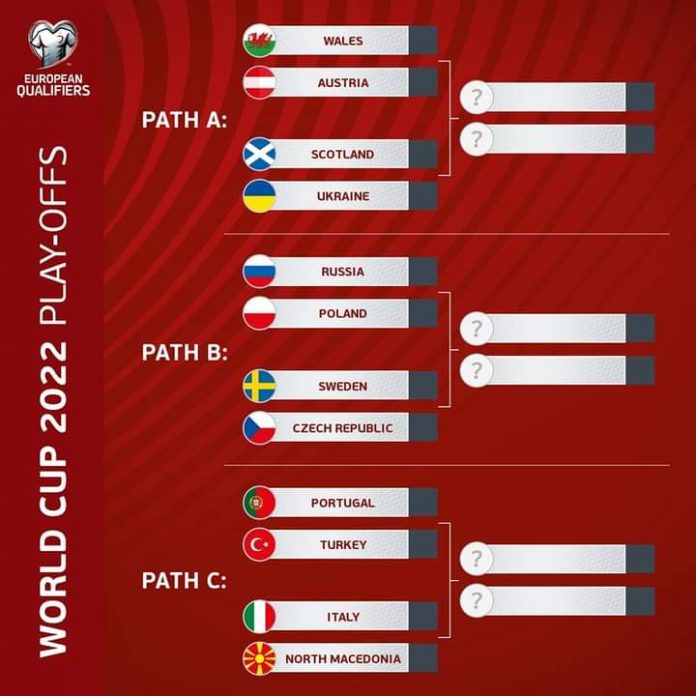 It will be a difficult task for both Italy and Portugal as either of the two teams could miss out of the 2022 FIFA Worldcup tournament in Qatar after being drawn in the same group of European qualifying playoffs set to go down in March 2022.

Scotland will host Ukraine in their play-off semi-final, while Wales will face Austria at home. If both home nations win, they will meet in Wales for a chance to play in the World Cup.

Final: Wales or Austria vs Scotland or Ukraine

Final: Portugal or Turkey vs Italy or North Macedonia

The play-off semi-finals will take place on Thursday 24 March 2022, with the three finals played five days later on Tuesday 29 March.

Team that have sealed their place in Qatar next year.