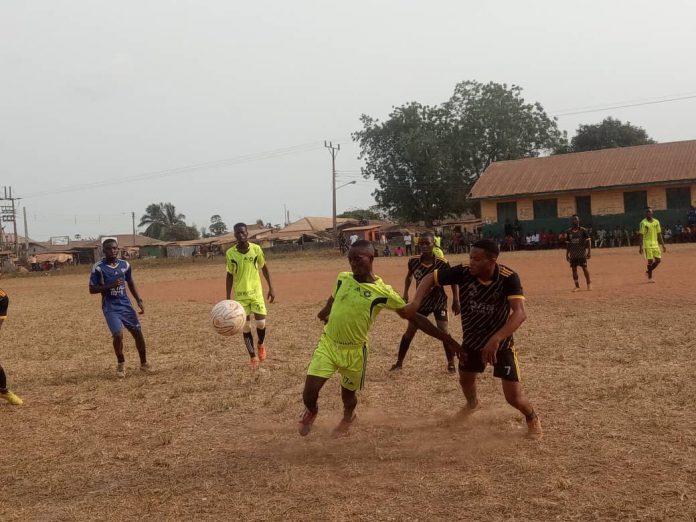 It was a dramatic day as winning looked unimaginable after the two games that went down today at the Sammab global limited football tournament both ended in a stealmate with similar scorelines.

The first game of the day was between Young Stars and Diamond football club which took place at the Ketu primary school field Ade-Owe Ogun state ended in a 1-1.

It was a keenly contested affair as both teams came into the match smooking with their focus solemly on the three maximum points Which was in the offer but where unable to get it as they ended up in a draw, as a point is shared apice.

Bunmi Victor fired Diamond in front in the 40th minutes as Young star looked destined for the three points but Kazeem had other plans as he converted beautifully in the 61st minutes to bring the game on equal terms Which was the eventual results.

It was a cagy game as both teams who had earlier recorded wins in their opening day fixtures were gunning for the maximum points to put them in the driving seat as the aim qualifications for the next round.

Cele got off to a bright start and was duly rewarded in the 19th minutes courtesy Ismail Ibrahim strike,
We
Cele Fc looked to be cruising to Victory but was shocked as Lawal Bakky Scored a stoppage time goal to force a draw as they share the points.