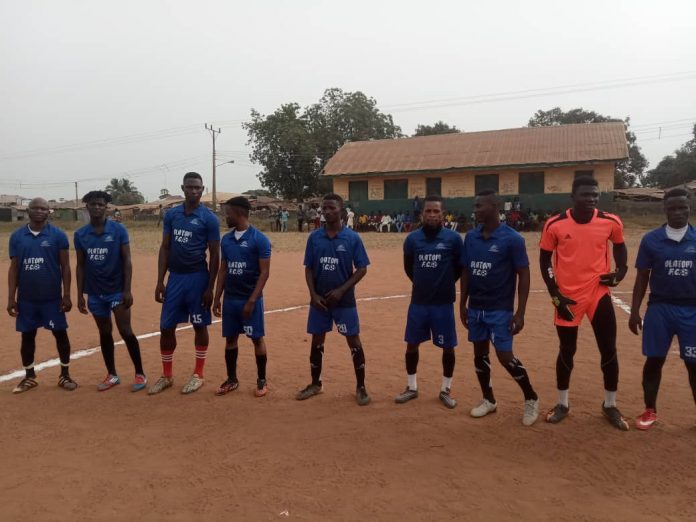 Embassy got off to a brilliant start and got the first goal in the 13th minutes off the boots of Mido, Afeez increased the tally in the 29th minutes following a long range strike.

Mighty jet where completely annhiliated as Muri compounded more woes on them when he netted the third goal in the 64th minutes to send then into Illusion.

The second game of the day between SGL and 36Lion ended in a stealmate as both teams where unable to cancel out each other.

Kasisi headed 36Lion into an early lead in the 14th minutes to send and early scare to the host who seems to be heading towards their defeat of the competition.

There was drama in the 22nd minutes when Isiaka Sewedo handled the ball with his hands to put a way clear cut goal scoring opportunity, the referee wasted no time as he was shown a straight red card and a penalty awarded as Abubakri Wasiu stepped up and converted beautifully to restore parity for SGL.

Despite having a man advantage SGL where unable to get the much needed goal as 36Lion defended nicely to force a draw.