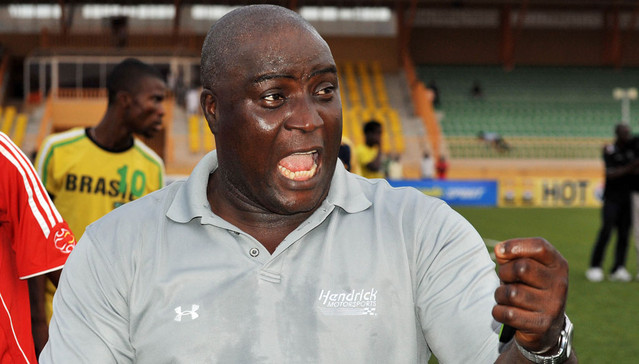 The General Manager of Shooting Stars Sports Club (3SC) of Ibadan, Rasheed Balogun, has hailed the supporters and fans of the club for obediently staying away from the team’s matchday 19 game against Stationery Stores of Lagos.

The Ibadan soccer lords, cruised to a confortable three nil win over the Flaming Flamingoes without members of their vociferous supporters and fans on the terraces.

Prior to the NNL Group B1 tie, played at the Dipo Dina Stadium, Ijebu-Ode, the management of the Oluyole Warriors, had appealed to the team’s backers to stay away from the match venue, sequel to a directive from the Nigeria Football Federation (NFF) that matches should be played behind closed doors, being one of the Covid-19 protocols.

“I am so happy and satisfied with the level of compliance displayed by our supporters and fans on Sunday. It shows that we are a disciplined side and we are being backed and followed by obedient and disciplined people”, the former Stationery Stores, Julius Berger, Sunshine Stars and Dolphins of Port Harcourt bigwig stated.

“On behalf of the management and the entire team, I want to express my appreciation especially to the uniformed Supporters Club and teeming fans of this great club. They are simply wonderful.

“While asking for more of their cooperation and understanding, may I use this medium, to reassure them, that we will not let them down as regards securing promotion to the elite league. They should just continue to support us with their prayers and by the grace of God, we will achieve our target,” said the 3SC helmsman.