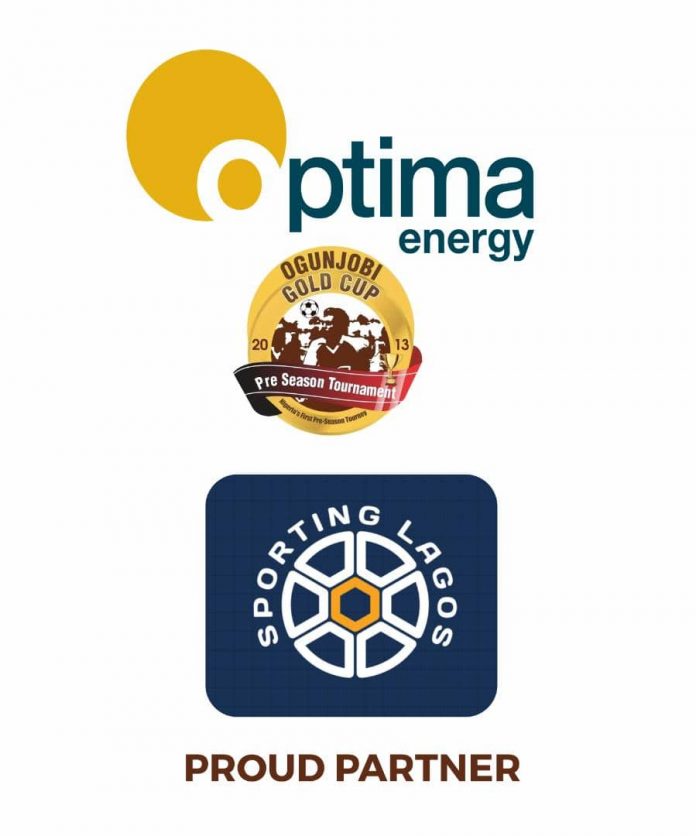 The Optima Energy Gold Cup, a preseason tournament for football teams in the Nigerian domestic leagues, will be hosting its 10th edition from September 22 to Independence Day, October 1st, in Ikenne and Sagamu.

“Sporting Lagos is proud to partner with the Optima Energy Gold Cup which is in it’s 10th edition. We share the same dream with the organizers as we both intend to help the next football talents in Nigeria,” says Godwin Enakhena, the chairman of the club.

According Tunde Shamsudeen, the Optima Energy Gold Cup General Coordinator stated: “We’re delighted to be associated with a tech investor, Akinlade, who is using Sporting Lagos as a platform for community development and social change.

“The partnership is a big boost and one that will be of immense benefit to both brands during the tourney.

“Private investment is what our football is lacking over the years, with Sporting Lagos coming on board, Paystack and it’s others sponsorship brands such as Abeg, PiggyVest, Renmoney and Helium Health could use the different football platforms in Nigeria to promote their products and services.

“It’s worthy to note that over the years, the Optima Energy Gold Cup has helped grow Nigerian brands, showcase the uniqueness of our football and it’s numerous talents.

“With Sporting Lagos on board and the trio of defending champions Remo Stars, FC Ebedei, Beyond Limits and Mavlon FC, the Optima Energy Gold Cup now has a good mix of privately funded clubs and that of government.”