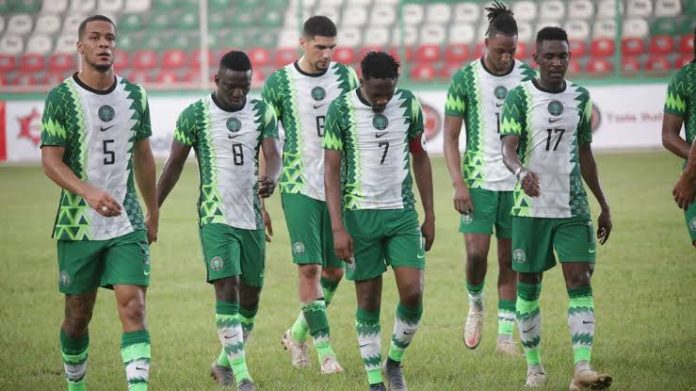 The Super Eagles of Nigeria have moved up from 32nd to 36th in the World in latest Football governing body, FIFA ranking realeased on Wednesday.

The Super Eagles were involved in two international matches during the period under review, both of which they won against the Squrriels of Benin and the Crocrodiles of Lesotho in the just concluded Afcon qualifiers.

On the back of those victories, Nigeria have moved up from 36th to 32nd in the world rankings, while they are third in the African region.

Senegal, Tunisia, Nigeria, Algeria and Morocco are the top five teams in Africa in that order.

The next FIFA/Coca-Cola World Ranking will be published on May 27, 2021.