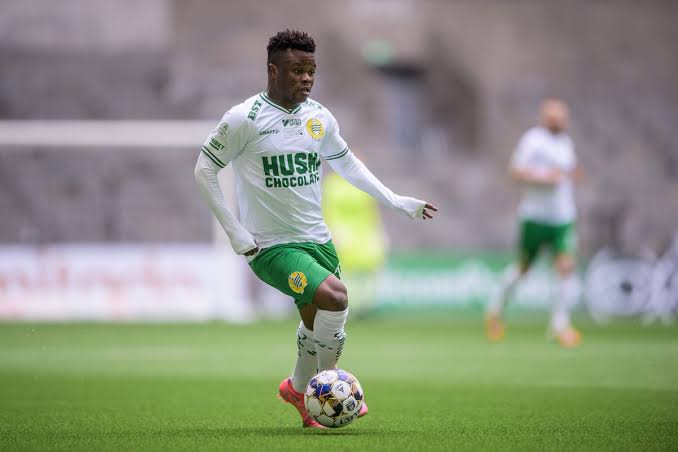 Playmaker Akinkunmi Amoo has again hit the headline for the right reasons in the Swedish Allsvenskan after the quick footed player was rewarded for his weekend heroics with a place in the team of the week.

Making a return to the starting XI for Bajen in their derby clash at the Tele2 Arena (Stockholm) against AIK, the 19-year-old popped up with the game’s only goal just before the hour mark to give his side a well-deserved three points.

His performance has now attracted yet another player of the week honours with the attacking midfielder named in the team of the week for match day 23 by Discovery+ Sports.

Having also made the cut for match day 20, the dazzling midfielder is the only Hammarby player on the list with IF Elfsborg Rasmus Alm claiming the overall player of the week following his brace against Djurgardens.

Amoo who took his goals contribution for the season to 10 goals (7 goals, 3 assists), also claimed the man of the match against AIK, his second in two consecutive games to move his side up to 6th on the log with 37 points from 23 games.

The Swedish club are reportedly prepared to cash in big time on the exciting youngster, who signed a long-term contract last year when he clocked 18.

His sparkling form has alerted top clubs across Europe, from Atletico Madrid to Leicester City.