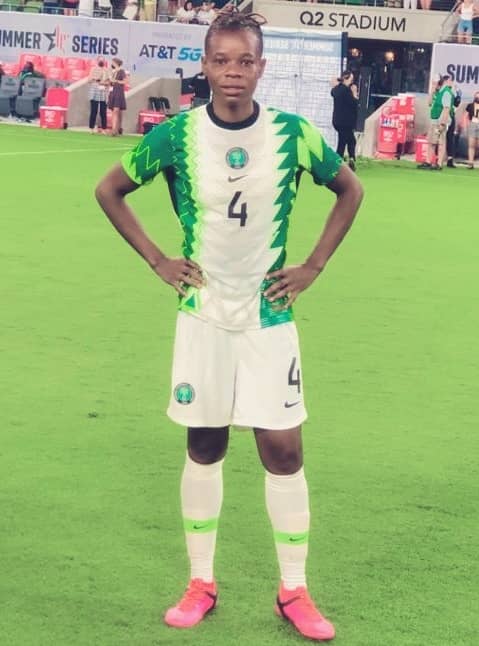 The experience defender was part of Edo Queens campaign that saw them qualify for the Super Six in Ijebu Ode.

An elated Ogbonna who will be plying her trade abroad for the first time said.

“Playing abroad has always been my big goal and I am extremely happy and grateful for the contract with Umeå IK FF. I have talked a lot with Rita Chikwelu and with some other national team players who play in Sweden. Everyone says that Umeå plays a technical and fast football with good passing games and I like that”.

The Super Falcons Defender now adds to the list of Nigeria players who have played for Umeå IK FF with Rita Chikwelu paving the way during her 6 seasons at UIK and was followed by Ogonna Chukwudi and Ebere Orji.

“I want to thank a woman I respect so much, a Legend Perpetua Nkwocha for making this come to reality”.

Umeå IK FF is a club founded 103 years ago and were Champions of the second division in 2019.