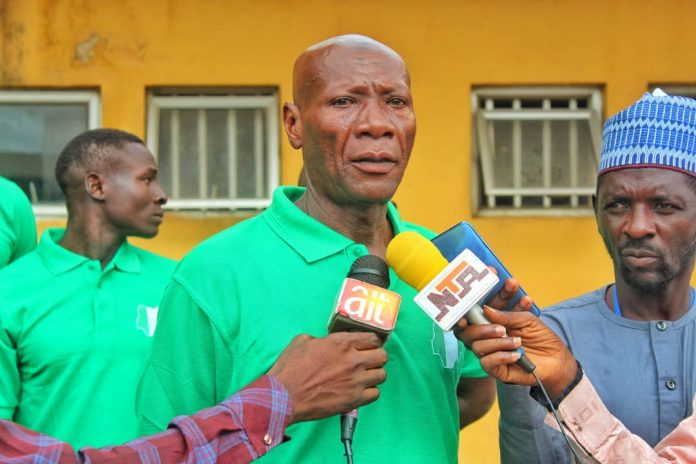 The Head Coach of Nigeria U21 Men’s Volleyball Team, Sani Mohammed revealed that the country aims featuring at the 2023 FIVB U21 Men’s World Championship.

Mohammed stated this during a press briefing with journalists at Ahmadu Bello Stadium (ABS) in Kaduna on Friday.

The former National setter said, “We were African U19 Champions and these set of boys attended the FIVB U19 Boys Championship. The boys have graduated to the U21 Men’s category and our target is to qualify for the FIVB U21 Men’s World Championship.

“The team is prepared, the President of Nigeria Volleyball Federation, Engineer Musa Nimrod and his board members have tried their best; it is left for the players and coaches to do their best in Tunisia.”

“The technical crew have been studying the teams that will participate in the tournament because we do not sleep; other teams are wary of our current squad and development.

“We beam our search light on the host; Tunisia and other North African Nations. They feel the U21 is their birthright but this is an opportunity to let the World know we are equally good. Every team has their own strategy and when we meet on the court, the result will show our level of preparedness,” he added.

Nimrod said the current board members of Nigeria Volleyball Federation are solidly behind the team predicting podium finish for the former African U19 Champions.

The National U21 team departed the country on Friday (11:45pm) at the Nnamadi Azikiwe Airport to Tunisia.