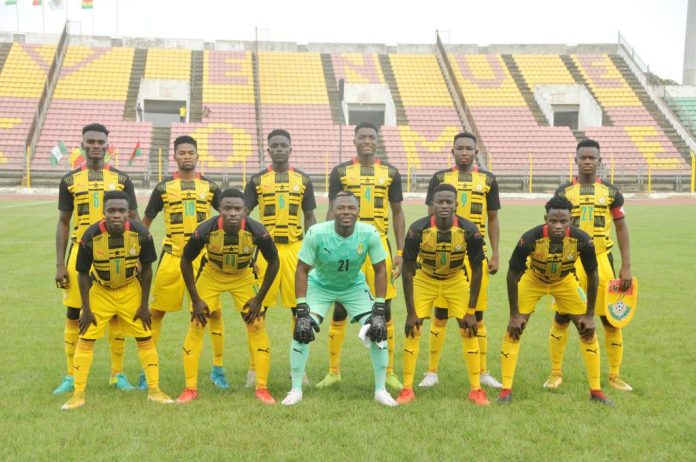 Aftermath of crashing out of the ongoing U17 West Africa Football Union competition in Togo, Ghana is set to lodge a protest against the centre referee Vincentia Enyonam Amedome whose decisions they feel prejudiced.

Baby Elephant of Coted’ivoire defeated the Black Starlet of Ghana 3-1 in the last group game of the competition and handed a second qualification ticket to Nigeria’s Golden Eaglets.

Team leaders of the Black Starlets say they will also file the complaint against the Togolese referee at the Confederation of African Football (CAF), claiming unfair officiating in Tuesday’s match at the tournament in Lome.

Peeved with the dismal standard of refereeing in Tuesday match that they lost 3-1, the Ghana team officials say they want the referee’s performance investigated and deselected from the CAF referees’ list, claiming ‘she is a danger to football development in Africa’.

Ghana needed just a point to advance to the semi-finals of the competition but crashed out of the tournament after the defeat of the Ivorians thanks to some controversial referee decisions.

The numerous howlers by referee Amedome cost them massively in the game which sparked the dismay of the Ghanaian coaches on the bench.