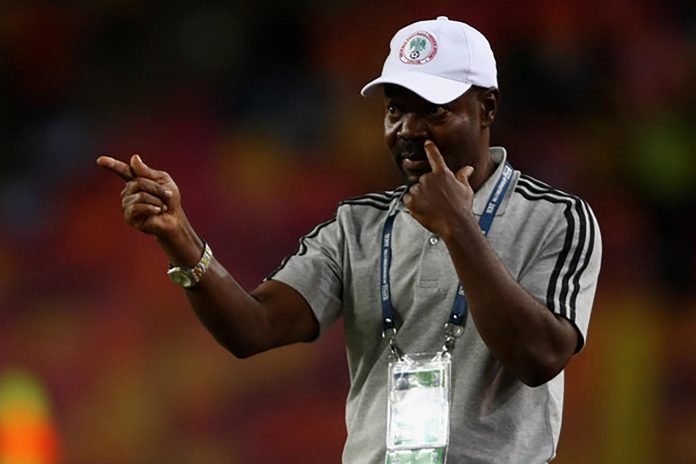 Former coach of Golden Eaglets, John Obuh, has urged the Nigeria Football Federation (NFF) to restore the payment of bonus and allowance of all underage national teams, BSNSports.com.ng can report.

Reacting to the poor performance of Flying and Golden Eaglets in their separate West African Football Union (WAFU) Cup competitions in Benin Republic and Togo respectively, Obuh said restoring payment of match bonus and allowance will enhance their confidence and commitment as some of the players are bread winners in their family.

“In fact, to be honest with you, having past through such stages, these players, if you see what they do with the bonus and allowances they receive. You will find out that in Nigeria, there are so much load on the shoulders of any national team player irrespective of their ages. At their tender age, they have become the brad winners of thee families, even if they’re the third or fourth child, they have automatically become the bread winner of the family.

He however, advised players not to put monetary value ahead of their career.

“I think if they can restore that kind of decision, by restoring their wages and the allowances, that will go a long way to actually help the players confidence. But having said that, they should as well try to understand that some times putting the monetary value at the beginning of their career may jeopardize their career. They should not puck too much interest in money at earlier stage and at the same they should be compensated for whatever they do for their country.”

NFF had in 2019 stopped the payment of match bonus and allowance of all underage national teams. Seven times African champions, Flying Eagles failed to pick the African Nations Cup after they were booted out of the U20 WAFU competition in the group stage in Benin Republic. In the same vein, the Golden Eaglets failed to win any of their two group matches in the ongoing WAFU U17 competition on Togo.

John Obuh was in charge of Nigeria’s under-17 national team during the 2009 FIFA U-17 World Cup.