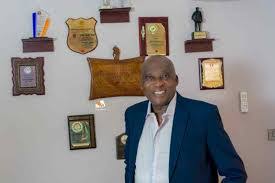 There is a need for stakeholders in the nation’s sports sector to come up with programmes that will attract more youths to other sports apart from football.

According to Chief Ekun, engaging the teeming youths in other sports would equally complement the contributions of football and also check restiveness.

The veteran Table Tennis player, who was the first National Sports Festival champion in 1973, said there were great potentials in sports that could put an end to social vices.

“Although football is making money internationally and I’m not saying they should neglect football, the Nigerian sports circle needs to encourage youths to other sporting activities such as Table Tennis, Tennis, Volleyball, Basketball, Hockey and lots of them” Ekun told Radio Nigeria.

Chief Ekun, who was the first African to be appointed a national coach in the United States of America, enjoined sports men and women to acquire formal education during their active years.

The veteran table Tennis player, who is aspiring to become the President General of Central Council of Ibadan Indigenes, CCII, assured that sports would be given priority among other programmes if elected into office.

“I want to be the President General of Central Council of Ibadan Indigenes, CCII where I know I can contribute to the development of sports by grooming raw talents, particularly in Ibadan, and which will transform to the state, national and International levels