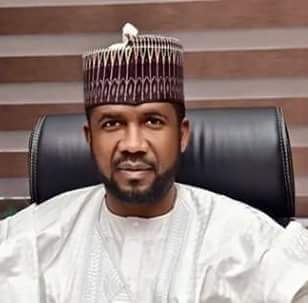 Yarma’s gesture was a fulfillment of a pledge to support the just concluded Gombe State League One, and he donated items worth five hundred thousand naira (N500,000).

As one of the invited guests during the draws of the 2021 State League One, Malam Farouk Yarma, who was a one time General Coordinator and Board Member of Gombe United Football Club pledged to support the league with prices worth Two Hundred and Fifty Thousand Naira (N250,000).

Individual prices includes two pairs of boots for the highest goal scorer & best player of the league. Also, the best goalkeeper of the league was awarded with a new pair of hand gloves which were also donated by Yarma.

Five gold medals also formed part of the items Yarma donated to the FA for match officials who officiated the finals.

The philanthropic gesture was the latest of Yarma’s charity to Gombe state football as he currently owns the Nigerian Nationwide side FC Yarmalight.

This gesture and his other philanthropic act towards football in the state has retained his status as the number one lover and promoter of grassroots football in Gombe State.