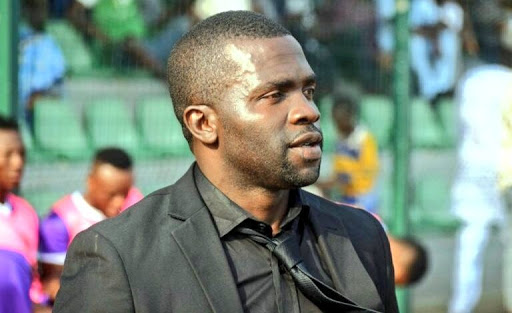 Former Assistant Coach ot the Olympic Eagles Fidelis Ilechukwu has showered encomiums on President of Nigeria Football Federation (NFF) Amaju Pinnick after he won his election into the FIFA Council.

On Friday in Rabat, Morocco Pinnick won a seat in the highest decision-making organ in world football.

The former Delta Football Association boss attained the exalted seat after defeating his only rival, incumbent Walter Nyamilandu of Malawi by 43 votes to 8 at the Congress held inside the Royal Ballroom of the Sofitel Hotel in Morocco’s administrative capital.

A delighted Ilechukwu told the media: “Congratulations to Amaju Pinnick, his victory in the CAF Elections is well deserved as he’s round peg in round hole.

“I want him to use this new challenge to bring more development into Nigeria’s football and it’s domestic league which of course is the foundation of our football.

“And in Africa, the round leather game must have a new face as his ideas and that of others in the CAF Executive would help charge a new course for the game.”

Recall that Four of Pinnick’s five rivals, Lamin Kaba Bajo (The Gambia), Wallace Karia (Tanzania), Nick Mwendwa (Kenya) and Andrew Kamanga (Zambia) threw in the towel before the vote and opted to back the Nigerian.