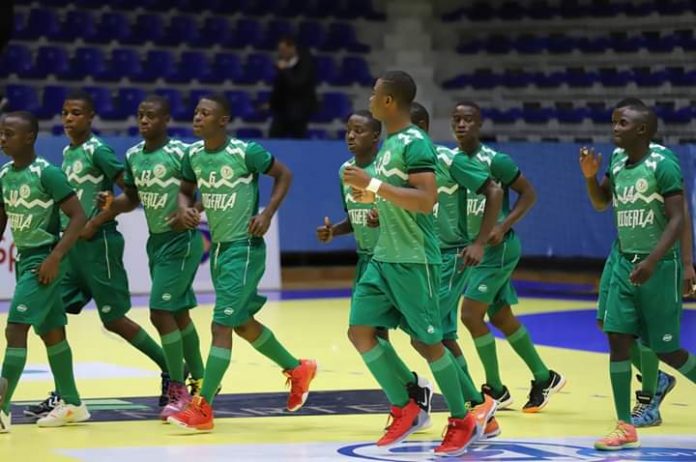 Nigeria will play in group B of the Africa Men Handball Nations Cup when the competition commences in Morocco from the January 13-23, 2021.

The Golden Arrows of Nigeria were grouped alongside Angola, host Morocco and Kenya in a virtual draw ceremony held on Wednesday in Morocco ahead of the competition.

The Coach Rafiu Salami tutored team will fancy their chances of qualifying out of the group but will face their biggest obstacle in Angola whose best finish in the competition was third position in 2004 as well as twice in a role in 2016 and 2018 and then they finished 4th in 2020 in Tunisia wherein Nigeria finished abysmally in the 11th position.

Host, Morocco’s best position in the Nation’s Cup is third position which they got in 2006 and they have steadily finished amongst the top 7 in the last five championships.

Kenya is probably Nigeria’s best chance of advancing out of the group as they have participated in the nation’s cup thrice with their best finish in 9th place which they attained in 2004 in Egypt.

The Nigeria Men Senior Handball team also known as the Golden Arrows are currently on intensive camping in Abuja ahead of the Africa Men Handball Championship with several of the thirty invited players already in camp under the watchful eyes of Coach Rafiu Salami and his assistants Coach Solomon Yola and goalkeeper trainer Coach Segun Tunji.