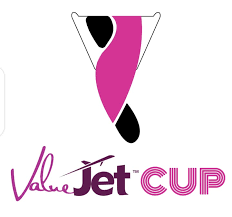 All the four Nigeria Professional Football League teams on the continent this year are all expected to storm Ikenne, the home ground of Remo Stars for the maiden edition of the ValueJet Preseason Tournament.

Plateau United was the first team to announce their attendance after leaving Jos for Abuja en-route Ikenne for the competition.

Apart from Plateau United, who finished second in the regular NPFL season, the host team, Remo Stars, who by virtue of their third position at the end of the season qualified for the CAF Confederation Cup would be participating in the competition, same as Kwara United, the second team in the Confederation Cup.

The league champion, Rivers United, according to one of the Tournament Coordinators, Oye Bawala, will also be in Ikenne on Wednesday ahead of the draws taking place same day.

“I can confirm to you that we have five clubs in the NPFL and another five playing in the Nigeria National League coming for the preseason,” Bawala said.

“The four continental teams and Shooting Stars are the five in the NPFL while there are five others from the NNL.

“Wednesday is the arrival for all the clubs and we are going to be conducting the draws same day so as to start the following day.”