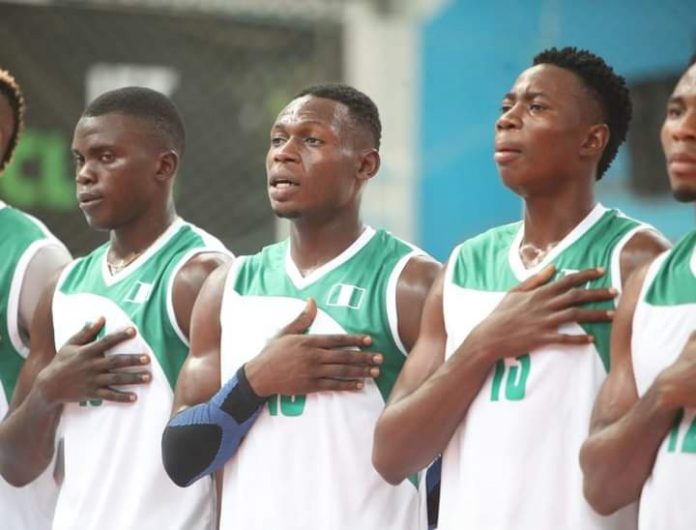 The Cameroonians caught Nigeria napping in the early minutes of the first set leading by 7 to 2 points. Nigeria struggled to catch up with the Cameroonians but the game ended 25-21 points. The second set was promising for Nigeria as they led by 13 to 11 points but the team slumped to Cameroon losing 25-20 points.

Nigeria and Cameroon won points simultaneously in the third set till 23 to 23 points; Cameroon had two successive blocks to win the game 25 to 23 points.

The head coach of Nigeria U21 team, Sani Mohammed said he is proud of his boys despite finishing fourth at the championship.

Mohammed said the players fought throughout the championship adding that Nigeria were underdogs in the U21 Nations Championship.

He said, “Despite the outcome of the Championship, I am really proud of all the players. Our intentions were to pick one of the available slots for the 2023 FIVB World Championship but in the end we could not achieve our dreams.

“The last time Nigeria participated at the U21 Championship, we finished 6th position and now fourth place. This is an improvement; we came into the championships as underdogs because our results have not been impressive in the U21 category.”

Mohammed said most of the players have the potential to become world beaters in the near future, advising the Federation to keep the players together.

He said, “The boys have been together for a long time and I have a strong conviction that they will become world beaters in the future. I am appealing to the leadership of Nigeria Volleyball Federation to keep these sets of players because their best is yet to be seen by the world.

“My appreciation goes to everyone that supported the team during the just concluded African U21 Men’s Championship; your support went a long way in motivating the player”, he added.