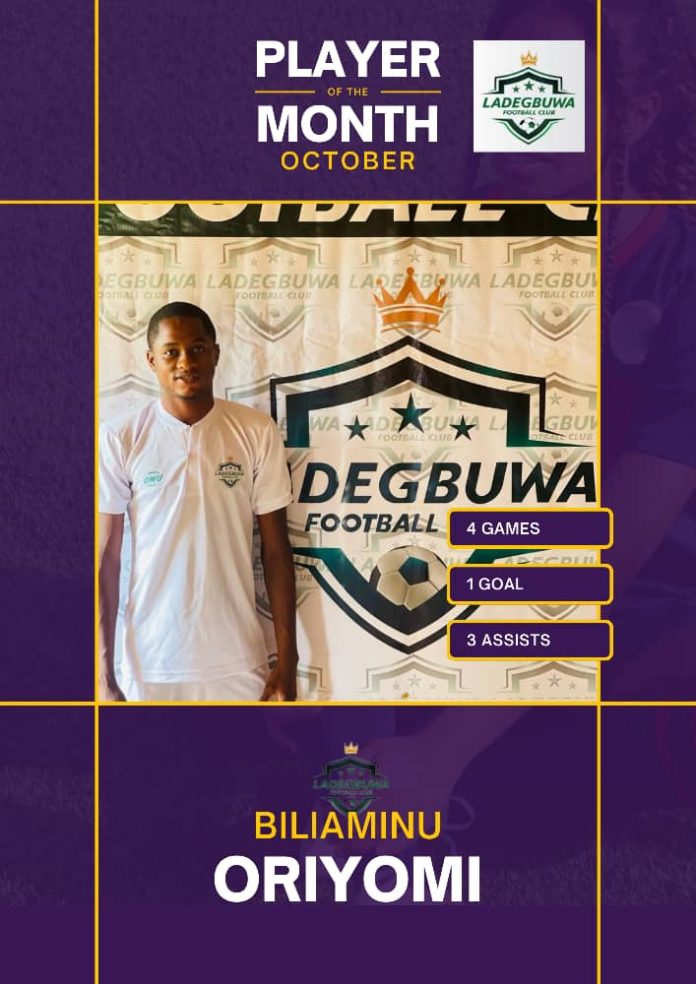 Biliaminu Oriyomi has emerged as Ladegbuwa FC Player of the Month for October 2022. The player becomes the first player to win the award as this is the first edition in the club’s history.

The mercurial midfielder was on top of his game during the month of October with three appearances backed with exceptional performances in each of the games. He amassed 70% of votes, pipping Benjamin Victor and Tosin Adekoya to the prize.

The award comes with a prize gift of N5,000 which was presented to the player by the club’s Marketing Director, Adebayo Kujore.

Adebayo emphasized that this is a new initiative by the club management to motivate and inspire players to perform better.

Kujore said “This initiative was borne out of desire to encourage our players to perform better. Aside from their weekly allowance and other remuneration being given to all players we felt the need to reward individual players with exceptional performance.

“At Ladegbuwa FC there is always a reward for every drop of sweat by our players and I believe this would bring a healthy competition among the players.