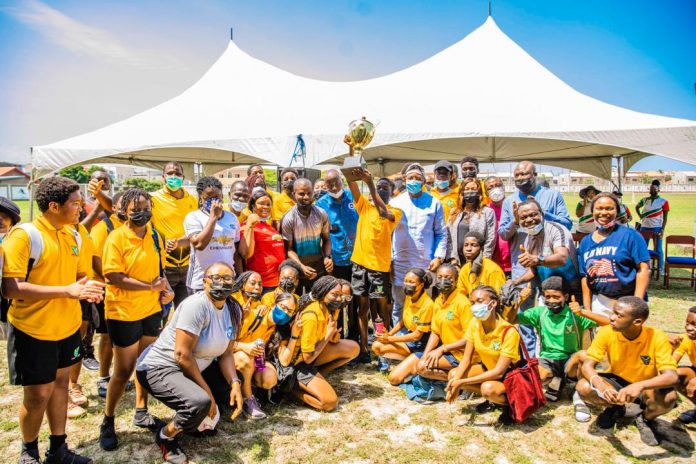 Minister of Youth and sports Development Mr Sunday Dare has expressed excitement at the deluge of talents at the British International School , Victoria Island, Lagos, assuring that future talents can be discovered for the country.

Speaking at the Final of the British International School Maiden Football Tournament on Thursday, the Minister said “I’m so excited to see so many young talents.I gladly moved my Itinerary around to join the kids becaus these ones are the future of sports development in this country. They are also the strength of our youth. I want to congratulate all the students and those that participated. I hope from these young ones we’ll have more Mary Onyali, Chioma Ajunwa and Sunday Bada. These are sportsmen and women that represented this country in the Olympics, commonwealth games, All Africa games and won medals. I’m sure from here we’ll have stars who will represent the country in the future “

The Minister concluded by saying ” We have an adopt initiative which identifies talents and nurtures them to stardom. We hope to identify new talents and we can look back in the future and say they were discovered from this school”