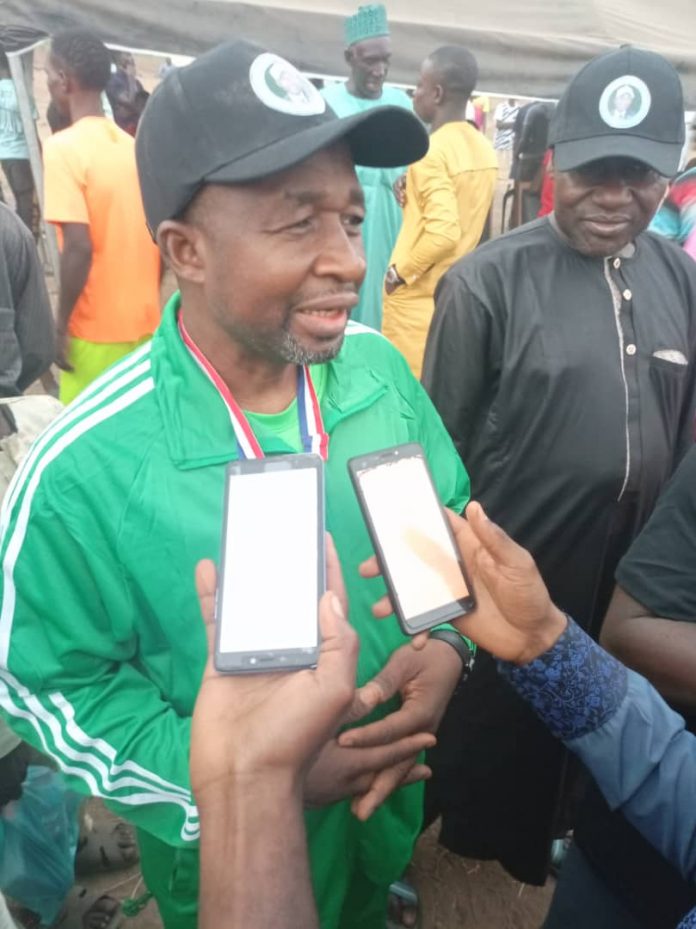 The best of mankind is the one who is more useful to mankind. Such was one of the justification given by Alhaji Mohammed Kudu Usman after Kudu FC emerges winners of the  MK Usman football league Kusopa 2021.

Alhaji Usman who is the sole sponsor of the league said at the last leg match between Kudu FC and Bokani FC on Sunday
that the football initiative will reduce crime and criminalities in the community.

He noted that the competition has become an enabler in promoting peaceful coexisitence in the society given its ability to engage the youth meaningfully and productively.

The league which involved four zones under Kusopa Ward namely,Kudu , Kpaki-Takuma,Labozhi and Bokani area of Mokwa local government was organised to discover and showcase talented footballers.

Kudu FC became the Champions of the league after garnering 12 points from six games, Kpaki-Takuma FC were second placed with 8 points while Labozhi and Bokani emerged third and fourth position respectively with seven and three points.

Highlights of the event was the presentation of medals and awards of excellence to personalities including Alhaji MK Usman, the Chairman of the Organising Committee,Yunusa Afolabi and the Secretary,Audu Mohammmed Kudu.