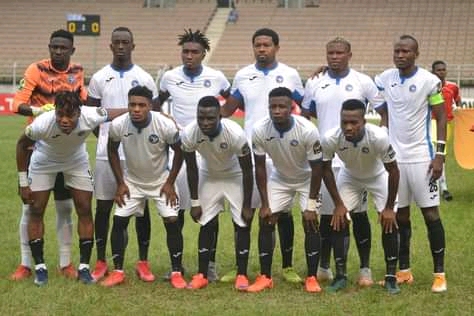 Nigeria’s Confederation Cup hopefuls, Enyimba were battered 3-0 on Sunday night by bottom-placed ES Setif of Algeria, the result and the 3-0 defeat of Libya’s Al Ahli by South Africa’s Orlando Pirates mean that Enyimba dropped to the second position on the Group A log.

Amir Karaoui shot Setif ahead after 31 minutes before Mohammed Amoura doubled the lead almost at the dot of 45th minute enabling the hosts to get a 2-0 advantage at half time.

In the 65th minute, conversion of a penalty kick award by Akram Djahnit put the game beyond redemption for Enyimba who will now have to win their next game, an away duel against Al Ahli Bengazi on 21 April.

It could have been worse for Enyimba but for an 80th minute penalty save by Goalkeeper John Noble who this time saved another penalty kick by Djahnit.

Two teams from the group will advance to the quarter final stage.