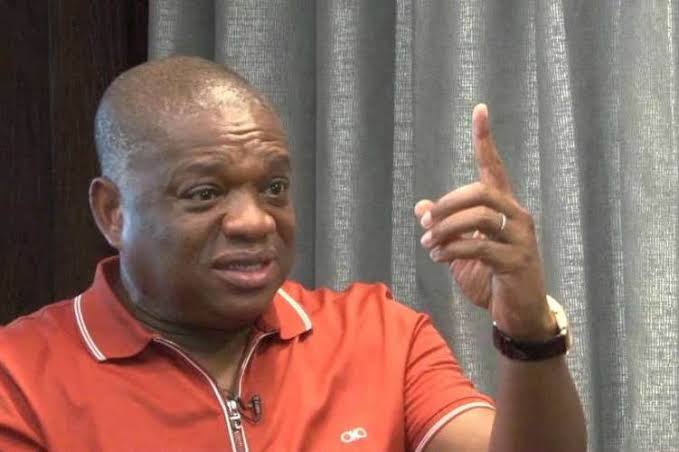 The former governor of the Gods own State Abia State Senator Orji Uzor Kalu said the The People’s Elephant are in their worse part since he left as the governor of the State.

The distinguished made this know in an interview on most effective journalist WhatsApp platform in Nigeria NSM.

“Enyimba is in their worst part since I left as the governor because you can’t owe players, coaches and motivates the journalist.”

“I used to travel to Aba from umuhahia to train with the team and I used to follow them to anywhere they go and those are part of the motivation and I believe that they are struggling now maybe tomorrow they come up again.”

The Cheif whip of the Senate house of assembly was asked about what has changed in Enyimba FC since he left;

“Enyimba is an international club and it is sad that the club I used to love so much is not doing well at the moment in fact we wanted to commercialize Enyimba FC to go public but we could not due to the fact that we could not provide three years financial report which was a prequisites then. When we handed over to the new governor then thinking he will follow suits but he fails to that because it was not his priority. “

“Enyimba FC was really the love of our people and they worship Enyimba after God. It was a pride of Abia State.”